Industrial production, retail sales and home prices among the releases

An under-represented risk in the global economy at the moment is the threat of a Chinese slowdown.

The country’s second-largest property developer, Evergrande, appears to be on the brink of failure and economic data in the country has stumbled for months. At the same time, officials don’t seem to care and are busy talking about ‘common prosperity’ and cracking down on tech companies.

The Shanghai Composite fell 1.4% yesterday after two weeks of steady gains. Hong Kong’s Hang Seng continues to flounder near the lowest levels since last November. The KWEB ETF of Chinese tech stocks is down more than 50% since February and has fallen for three straight days. 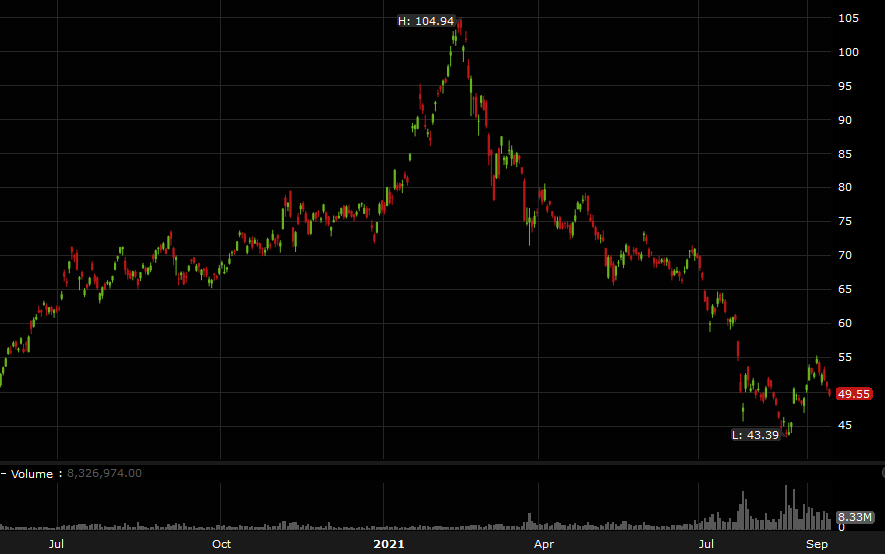 The bullish argument is that tech isn’t a big part of the economy, Hong Kong is separate because it’s being annexed and that surely Chinese officials will act to contain Evergrande and support housing.

All of that may be true but the country could still miss growth targets, which I fear they may downgrade in November.

As for today, it’s the full slate starting at 0130 GMT with home prices. Obviously some worry is creeping into the sector with the Evergrande situation.

The main slate is 30 minutes later with:

Industrial pProduction is general the focus but keep an eye on the consumer as well.

Invest in yourself. See our forex education hub.