Things to Know About Sports in 2021

by Fox Finances
in Market Research
0


It’s been an exciting year for sports; postponed events in 2020 finally kicked off over the summer months, while stadiums (for the most part) opened their doors to the public once more.

The effects of the pandemic still continue to raise concerns about the validity of in-person events, while the current state of broadcasting sees live sports pitted against short-form content and esports competitions. These factors, among other changes in the landscape, leave brands asking questions about sports marketing.

That’s why we’ve dug deep into our all-star survey lineup to give you the most important lessons we’ve learned about sports in 2021.

Consumers have new standards for sponsorship.

Euro 2020 was an unexpected lesson in the importance of meaningful partnerships; Volkswagen’s remote control car repeatedly stole the show (it even has quite the Twitter following), while Coca-Cola and Heineken found themselves in the spotlight for different reasons.

The story quickly gathered pace online, but it’s unfair to suggest the actions of Cristiano Ronaldo and Paul Poga actually had a deeply negative impact on either brand – some media outlets were quick to link this with a fall in share price, but this was shown not to be the case.

In fact, a Zeitgeist survey we ran in July revealed that although half of internet users, in 6 markets (France, Germany, India, Italy, UK, and the U.S.), say either incident impacted their perception of the two brands, 58% say their perception remained the same while 22% say it actually improved it.

It did, however, call into question the suitability of certain brands in the realm of sport; should carbonated or alcoholic beverages have a place in international sporting competitions?

In the same survey, we found that 37% of respondents said it’s OK for food and drink brands to sponsor sports competitions, but this falls behind the 46% who say the products advertised should promote a healthy lifestyle. This doesn’t necessarily rule out certain brands, but:

It does mean thinking carefully about how a product “fits” into the context of an event.

The important thing to remember here is that sponsorship is really only successful when it taps into the values fans hold close to them – a sign that better data-led decision making is necessary.

Athletes hold more influence than ever.

Even if Ronaldo can’t topple Coke, his actions send out a clear message; brands need to consider the opinions of athletes as well as the consumer.

56% agree athletes should be allowed to comment on the sponsors of competitions they compete in.

That’s even if they don’t necessarily reciprocate their opinion.

Athlete’s aren’t afraid to voice their opinions elsewhere either. Gymnast Simone Biles, and tennis player Naomi Osaka, both dropped out of their respective competitions to focus on their own mental health, while Hope United – a collaborative effort between BT and professional athletes – aims to tackle racial abuse in the sport.

This is before we take into account the massive influence athletes have on social media. More sports fans say they follow an athlete online than a team or club, while Lionel Messi’s move to PSG earned the Ligue 1 side roughly 4 million new followers on Instagram in just 24 hours.

Brands will no doubt understand the impact an athlete can have, but insights from our Core dataset allow us to look at just how influential they can be.

Using the English Premier League as an example, we’re able to track the impact just one player can have on a team’s fanbase.

Prior to Q4 2020, the number of Everton F.C. fans in Colombia, were below that of England’s “top 6” teams. This changed significantly after the signing of former Real Madrid player, James Rodríguez – with support growing over 200% in just one quarter.

Similarly, the arrival of Mohammed Salah at Liverpool FC in 2017 saw a considerable spike in support from his home country – while support for his former club, Roma, has reverted to the levels you might expect from a large Serie A team.

Salah’s arrival also contributed to a sharp decrease in Islamophobia across the city, with online abuse almost halved compared to other teams in the league.

Brands need to consider athletes in their campaigns if they’re to develop truly inclusive messaging.

Especially as consumers from all over the world are likely to rally behind them.

Teams and leagues are expanding beyond their home regions.

Soccer is now on par with football for most popular sport in the U.S.; watched by 43% of consumers here, the sport has experienced a 23% increase on figures for 2019 – when baseball and football led outright.

It’s part of a global trend that’s seen other sporting activities transcend fanbases in their own home country. While brands may have overlooked certain leagues, teams, and sports in the past because of a lack of global appeal, our data suggests this is becoming less of a problem.

Take the English Premier League as an example; of the 20 teams currently competing, 11 command a greater share of fans outside the UK than in it.

The situation is the same for the NFL in the U.S., this time with 28 of the 32 teams we track. Though football is more popular in the U.S. than anywhere else in the world, its biggest teams attract attention on a global scale.

It’s worth noting the role age plays here, offering a glimpse of what future fans could look like for the world’s biggest sporting leagues. Typically, the younger the consumer, the more likely they are to support a team from abroad, with soccer fans aged 16-24 living outside the UK more likely to support any of the “big 6” Premier League teams than those in the UK.

There are, of course, plenty of possible reasons behind this: history, familial support, players’ background, ownership, but it’s important to make note of how many teams have become household names outside their own backyard.

The prominence of younger audiences on platforms like TikTok has often led to the assumption that they have shorter attention spans; bad news for anyone still banking on advertising during the game.

But this isn’t the case.

Sports fans, aged 16-24, show a preference for watching games over watching highlights. Even more so than their older counterparts.

In a Zeitgeist study from August, we asked respondents to tell us their favorite way to watch sports content. Among consumers, in the same 6 markets as above, live coverage always tipped short highlights (48% vs 37%) and while this gap is more prevalent among older consumers, 16-24s still adhere to this trend.

For brands, this isn’t a case of choosing one format over the other; both are still viable to younger consumers. In fact, an interest in watching sport (at all) remains stable among this age group, sitting at 31% in Q2 2021, suggesting there’s more work to be done in encouraging more people to watch sports instead of adapting to how they watch it.

Esports and traditional sports can make the perfect team.

The ‘rise’ of esports is sometimes viewed as a ‘rising competition to’ sports as opposed to something that can complement it.

Esports is certainly fast growing (especially in the U.S.) but interest in watching sport is still higher than watching esports among all age groups. Moreover, following an athlete or sports team/league (in the traditional sense) is still more common among sports fans than it is to follow their esports counterparts.

There’s also an opportunity for sporting administrators to grow their brand among new audiences;  for example, you don’t have to like soccer to watch someone play FIFA. In our sports dataset, we found that 41% of people watch soccer esports leagues but don’t watch soccer, signalling there is potential to reach those who don’t necessarily enjoy the sport in its traditional form but do enjoy it in an esports setting.

We’ve spoken widely on the topic of esports – check out some more of our material here.

Women’s sport is picking up the pace

Broadcasters have taken the initiative to give women’s sport more coverage, but there’s still some way to go before this matches the profile of men’s sports; nearly half of sports fans in the 15 markets we survey in GWI Sports say women’s sport should be highlighted more by the media.

It might seem reasonable to suggest that, in some markets, cultural attitudes are holding women’s sports back, but this is a misconception.

For example, while internet users in countries such as Thailand and the Philippines are more likely to say maintaining traditional gender roles is important, they’re actually less likely to say women’s sport is less exciting than men’s than others in the UK, U.S., and Canada.

One of the big issues to overcome is coverage, and the solution is to maintain momentum in the aftermath of major competitions.

In 2019, figures for internet users watching the FIFA Women’s World Cup rose quickly during the event, lifting the percentage who watched the UEFA Women’s Champions League shortly after. Broadcasters need to bring more attention to Women’s leagues by making it easier to watch them, providing commentary and analysis in order to boost its potential.

Show what you’ve learned out on the court.

You only need to take one look at the sight of empty stadiums in Tokyo to remember the ramifications of the pandemic are still being felt in sport – and viewing behaviors have changed to reflect that.

Brands intent on reaching sports fans need to pay attention to what we’ve learned this past year; short clips and highlights haven’t overtaken preference for long-form content, some sports are breaking ground in new markets, and athletes have grown more influential. In addition, new opportunities have arisen with esports, while women’s sport has the potential to reach much further.

Acknowledging this, brands can create targeted, meaningful campaigns that adapt to new changes in the industry – truly separating the champions from the runners-up. 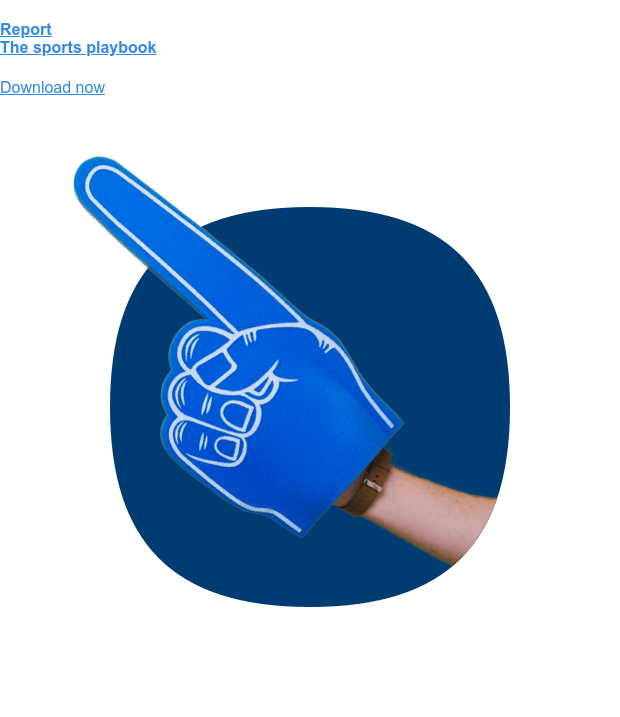 China will try to avoid a collapse of Evergrande: Fund Manager

How to Trade the US CPI Release

How to Trade the US CPI Release