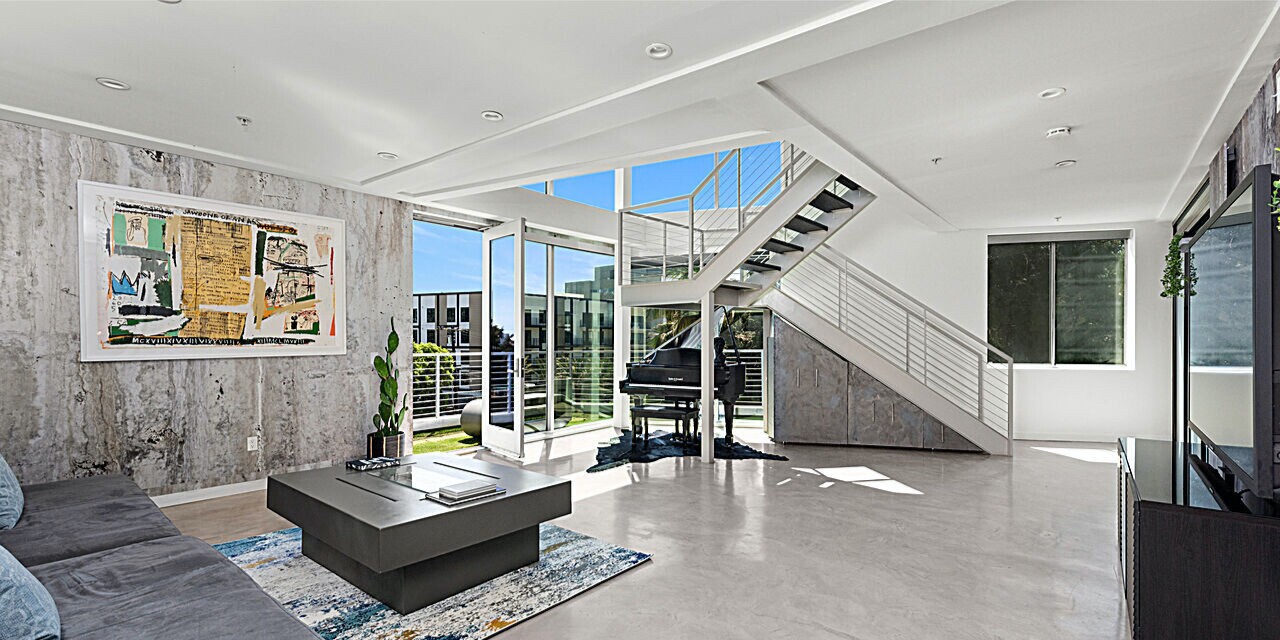 After a decade in Hollywood, Lance Gross is ready for a scene change. The “Tyler Perry’s House of Payne” actor just listed his architectural penthouse for $1.125 million, or $300,000 more than he paid in 2010.

A modern concoction of concrete and glass, the three-bedroom condo was designed by Clive Wilkinson, the South African architect who also worked on the design for KCRW-FM’s offices in Santa Monica.

It’s one of nine units in 10 Palms, a striking complex on Franklin Avenue wrapped in white stucco, sheet metal panels and red cedar siding. Gross said the architecture and design are what drew him there a decade ago.

A sky-lit great room with oversize windows and accent walls anchors the home, and a floating staircase ascends to the dining room and kitchen. The nearly 2,000-square-foot floor plan also holds an office, primary suite with wood ceilings and bonus room decked out with a baseball scoreboard.

The unit includes underground parking, as well as a turf balcony overlooking Hollywood.

A native of Oakland, Gross has starred in multiple Tyler Perry productions including “Tyler Perry’s House of Payne,” “Tyler Perry’s Meet the Browns” and “Tyler Perry’s The Paynes.” Later this month, he’s set to appear in the Fox drama series “Our Kind of People.”

Photography Business Insurance: What It Is, How to Get It

Markets brace for hot consumer inflation report in the week ahead

Markets brace for hot consumer inflation report in the week ahead